We encourage children to join us.  We provide consultation, lessons, support and information to give juniors chance to play the great sport of table tennis.

Gautam (Anand's son) attended a summer table tennis camp held at the India Community Center in Milpitas.  Click here for more photos and here and here for videos.  Photo on the right: Gautam and his first TT Coach Lung at ICC Summer Camp 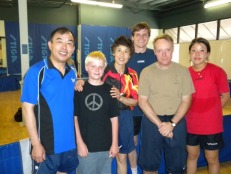 Rex and his Dad James attended the summer camp coached by the World Champions Table Tennis Coaching Team at the Top Spin Club in Santa Clara.  It was really great experience for them to learn about the game from people who really know something about the game.
(Photo) Rex and James with the camp coaching staff. 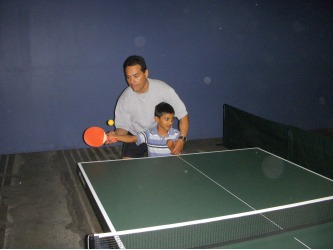 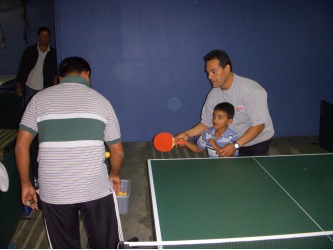 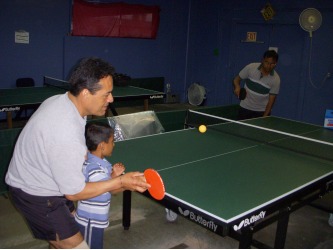 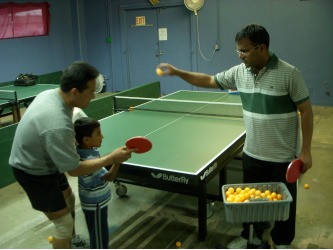 Gil showing Gautam some basic skills and Gautam's dad, Ananda, who is a fabulous player himself, assisting Gil. 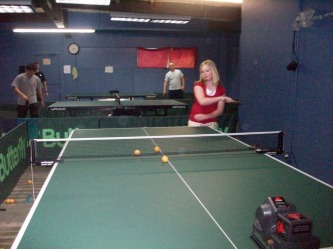 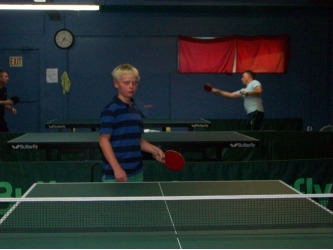 Grace and Rex busy training at the club with the Robo Pong, a ping pong robot. 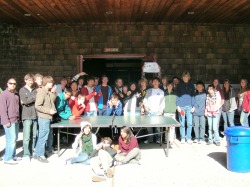 Josh founded the Table Tennis Club at York School.   It soon  became one of the most popular clubs at school.  Josh is planning to hold a school tournament soon. 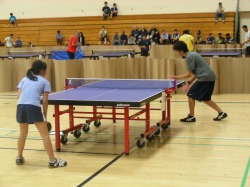 Josh participated the Newgy Northern California Open held at UC Berkeley.  Josh won the first round group for U600 (3-0), but couldn't advance due to the USATT rule for unrated player.  He also entered U800 and recorded 1-1.  As a result of the tournament, Josh obtained his first USATT rating of 723. 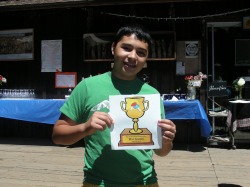 Mac participated in the Big Sur Open at the Henry-Miller Library. 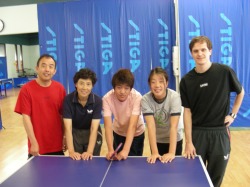